Rudolf Steiner’s eight lectures on agriculture are available to read online here, alternatively, an audio version can be found here.

In June 1924 Rudolf Steiner gave eight lectures on the spiritual foundations for a renewal of agriculture. The first lecture took place on the 7th June 1924, in Koberwitz (in modern-day Poland).

The first lecture is an introduction to the lecture cycle, asking us to observe and practice agriculture in the light of spiritual science, acknowledging the “intimate influences which are at work in the whole universe“, to use our faculties to think carefully on the connections of different forces, instead of applying a materialistical umbrella of understanding onto the workings of nature.

Following the first world war, agriculture became increasingly abstract. Farming was influenced by economists, industrialists, and businessmen, rather than those who actually practised agriculture. “One cannot speak of Agriculture, not even of the social forms it should assume unless one first possesses as a foundation a practical acquaintance with the job itself. That is to say, unless one really knows what it means to grow mangolds, potatoes and corn! Without this foundation, one cannot even speak of the general economic principles which are involved. Such things must be determined out of the thing itself, not by all manner of theoretic considerations.”

To truly understand something you have to observe it, and in a way become an active part of it. Steiner uses the analogy of a beetroot, we look at a beetroot, and believe we have come to understand it from its colour, textures, and other constituents, but in actuality, we are very far from any understanding. We need the context of the soil it was in a relationship with, the field, first-hand knowledge of when it ripens, how it’s form changes across the seasons, and further still Steiner wants us to understand the beetroot in connection with the whole cosmos, and the planetary influences.

Rudolf Steiner uses a further analogy of a compass needle to reinforce his point “You look for the cause, not in the magnetic needle, but in the whole earth…anyone who looked in the magnetic-needle itself for the particular position it takes up would be talking nonsense.”

Steiner sees that modern science may be an empirical path to truth, but one that is isolated, and estranged from the whole where a deeper truth and practical insights are sought. “Science may be perfectly correct. Real-life, however, often cannot afford to take its cue from the “correctness” of science.”

Human Emancipation From The Cosmos

The Movement Of The Planets (1.1) During the course, we acted out the movements of the planets from a heliocentric, and geocentric perspectives. We represented each planet with its associated... 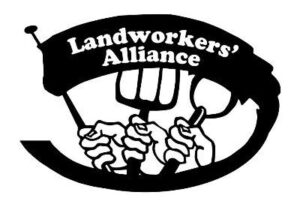