I am on a 6-hour train journey from Edinburgh to Oxfordshire, so I am writing a reflection on the five days I spent at Pishwanton Woods, in East Lothian, Scotland at the end of October 2021.

I travelled up to Scotland to lend a hand on the site, as there was only one member of staff there for the week. I had planned on renting a car to get around and to explore the surrounding area in the evenings, but it didn’t work out. The location of Pishwanton feels very remote, although the nearest town Haddington is only 15 minutes away, and the capital of Scotland is only 40 minutes away. I was a bit isolated after the workdays, but this gave me time to reflect on the woods, on biodynamics in general, and presented me with uninterrupted time for reading.

Pishwanton Woods has recently become part of the Ruskin Mill Trust and currently offers a day provision for several adults with complex needs that work on the land. For decades Pishwanton has welcomed visitors from all around the world interested in Goethian Science and the work of Dr Margaret Colquhoun.

Margaret founded the Pishwanton Project and the Life Science Centre.

On arrival, I was struck by the harmony of the site. The landscape feels very sensitive. There is a harmony between human culture and nature that I haven’t experienced before. Woodlands surround the clearing in all directions creating a sanctuary for those in the heart of the site.

This contrasts with the expansive views that you get from the woodland boundaries. With to Fife to the north, and the Lammermuir Hills to the south. Intensive farmland can be seen in all directions with a scattering of small woodlands.

The clearing that has recently been expanded brings in much-needed sunlight, this brings out the colour of the autumn leaves on the trees that make the boundary of the woods. The buildings are unobtrusive to the landscape, no harsh edges can be found, the green rooftops and the glowing light from inside make them a very inviting space.

The buildings, meandering paths, and island herb beds are bound by thoughtfulness. It feels as if every decision for the site was only made following an extensive period of observation of the woods, and the patterns in nature.

Each building feels connected to the other in its positioning, and aesthetic. Yet each building also contends with unique circumstances which are dealt with in the architecture, whether the bogginess that the tool sheds stilts contend with or the bridge to the cabin built within a natural crater.

The buildings are void of right angles. The main building is very calming, the position of each window is well-considered to bring a wealth of light, and frame the garden beyond. The building offers a welcoming retreat from the cold Scottish winds in late October.

In 1992 Dr Margaret Colquhoun established the Life Science Trust, a charity tasked with the furtherance of Goethian Scientific studies, in the context of sustainable ecological practices.

Pishwanton Woods was purchased by the Life Science Trust in 1996 and used as a research and practice centre for Goetheian observations. Every aspect of the site has been founded upon Goethian scientific principles.

Besides the life science building, there is an archive building containing the research of Dr Margaret Colquohoun. During her lifetime she only published one book called New Eyes For Plants, a workbook for drawing and observing plants. I will be reading this soon to help my understanding of plants from a Goethian perspective, it will also aid my work on the plant course for my biodynamic training.

I have read in an obituary for Margaret in The Scotsman that she had the dream of moving to the north-western coast of Scotland, to pursue a writing career, but this was never actualised in her lifetime.

It is clear that throughout her life that she discovered many insights that she was able to share with those that spent time with her at Pishwanton.

Her strength of character is shown by how she managed to actualise insights from the world of ideas and bring them into the physical realm of which Pishwanton Woods is an example.

Ruskin Mill will be hoping to draw out insights from the archive of Margaret Colquhoun’s work to aid the Ruskin Mill methodology and research.

What I got up to

During the week I did a variety of tasks on the site. I pruned several soft fruits bushes that had only recently been discovered by the team here under the long grass and overgrowth.

I pruned the soft fruits unforgivingly as they had not been pruned for several years, we were left with a vast network of branches, including dead branches, and inch-thick growth that must have been 3-4 years old.

I strimmed a patch of grass between two birch trees in an unused area of land that continued on from the existing soft fruit bushes. I then took approximately 50 young cuttings from the branches I had pruned. I planted them in close proximity n the hope that a percentage of them will propagate and could be transplanted to a more suitable location on the site.

Richard and I prepared the area for a new stock of soft fruits, including raspberries, redcurrants, and black currents. We measured out 9 rows beside the polytunnel, seven of which were divided into four squares. There were 28 spaces for red currents, and black currents, and two rows for raspberries that can be planted in closer proximity to each other. After digging, and weeding extensively we brought in compost (possibly horse manure, that was found in the woods) and topped up the areas we had dug. Later, the exposed areas will be covered in mypex, and the soft fruits will be planted. The spaces in between the berries will allow a strimmer to pass through, and the mypex with suppress the weeds.

A section of the site has been cultivated with salads, brassicas, beetroot, and spinach. This is an important aspect of a Ruskin Mill site, it gives the project a degree of self-sufficiency, and provides a host of meaningful and therapeutic tasks for the current and future participants. Inside the polytunnel there’s a very successful crop of chillies, and the beds of tomatoes that were also a triumph, not having been prey to tomato blight.

Transitioning To A Ruskin Mill Provision

In 2017 following the death of Dr Margaret Colquhoun, Pishwanton and the Life Science Trust merged with the Ruskin Mill Trust. The direction of the woods has fallen to the hands of the Ruskin Mill Trust. Ruskin Mill has over 10 locations across the United Kingdom where they provide practical skills therapeutic education to learners with special needs.

They have mastered the art of transforming old industrial buildings into education centres where students practice traditional crafts and land-based activities. Ruskin Mill conducts an extensive Genius Loci Audit on each of their sites, this gives insights into the spirit of the place by observing the landscape in fourfold, through the mineral, plant, animal, and human kingdoms. Observing the four kingdoms reveals the traditional crafts and activities that have natural or historic precedence for the site.

Pishwanton Woods is also part of Ruskin Mills golden triangle of research centres. The purpose of these research centres within the trust is to inform the holistic methodology that the Ruskin Mill educational centres use to help care and educate students with complex needs across the United Kingdom.

The golden triangle is made up of The Life Science Centre located in the Pishwanton Woods site, along with The Field Centre in Gloucestershire, The Castelliz Centre in Pembrokeshire, and a fourth centre that will be situated in the centre of the triangle focused on researching the human kingdom. Each research centre has its own mission identified through a genius loci audit, The Life Science Centre has the task of bringing cognition into social enterprise.

Pishwanton has the task of creating a social enterprise out of the landscape. I believe that a production of soft fruits would sync harmoniously with the landscape, and there are a number of locations in the clearing of the woods and also in the small fields surrounding the woods. Pishwanton could then produce jams and preserves that could be sold at local markets including Edinburgh. This could be one facet of the social enterprise.

Pishwanton will likely develop a pottery, and a woodcraft workshop, as the landscape has an ample supply of both clay and wood.

It was very interesting to work on a biodynamic garden in its foundation stage. Gables Market Garden & Farm where I have been year has been established for over 30 years, throughout this time they have been able to develop a relationship with the landscape and find ways to counter problems that the landscape presents.

For example, one of my first tasks, when I arrived at Pishwanton, was to dig a channel to drain a large puddle that was accumulating on the right side of the proposed market garden. Richard and Pieter had to change the garden boundary because of the waterlogged soil unsuitable for growing. One of the students helped me dig the channel, we found a field drainage pipe that was blocked, but we couldn’t determine where it exited if it even did.

The next day we could see that our efforts took the water down a couple of inches. It will be interesting to see if the channel will stop the water rising again over the winter season or if we did enough. It may need a digger to excavate a large channel out to the stream in the woods.

In time Pishwanton will seek to introduce animals, which is an essential aspect for a biodynamic holding. Currently, there are three rescued battery hens. In the past, the land has been home to horses, sheep, and cows.

link to Leadership And Management Of Horticultural Production In Biodynamic Practice

The Movement Of The Planets (1.1) During the course, we acted out the movements of the planets from a heliocentric, and geocentric perspective. We represented each planet with its associated... 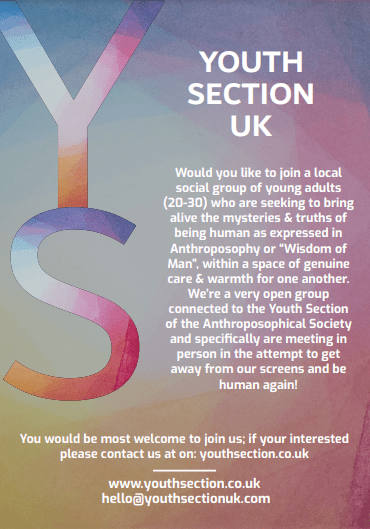 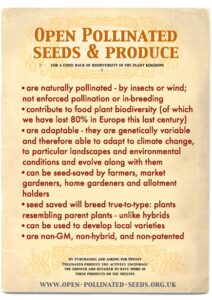